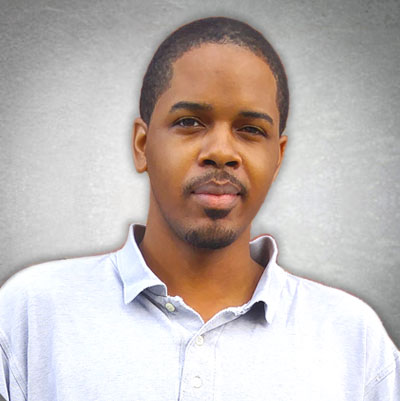 Michael always has our back (end). Every day he takes up his position in his office and makes peace between your website and the scattered databases that store its content. Everything that appears on a webpage (the front end) such as your phone number and address, links to other pages, photos, maps, and text must reside as 1’s and 0’s somewhere on a physical medium.

Think of it like driving a car. The front end is fairly simple: a steering wheel, a couple of pedals on the floor, various buttons and levers for lights and whatnot. But what actually happens when you push on the gas pedal? A lot of mysterious-yet-instantaneous action. Our high-tech cars actually make an astounding number of decisions between the instant your foot depresses the pedal and your successful high speed merge onto the freeway. Michael is a kind of wizard in all the languages of sorting, recalling and presenting the information that appears at light speed every time you click on a website feature.

It’s difficult for him to explain any of this in layman’s terms, but he’s working on it. Honestly he’d rather make everyone in the office learn Ruby or Python so that we can understand his deepest hopes and dreams.

He does go to the barbershop occasionally. We know that because that’s where he heard about United WebWorks from a fellow tonsorial patron. Now he’s got a career to be proud of and even though “Web Developer” sounds like a thankless job, he’ s more than happy to solve issues we didn’t even know were there.